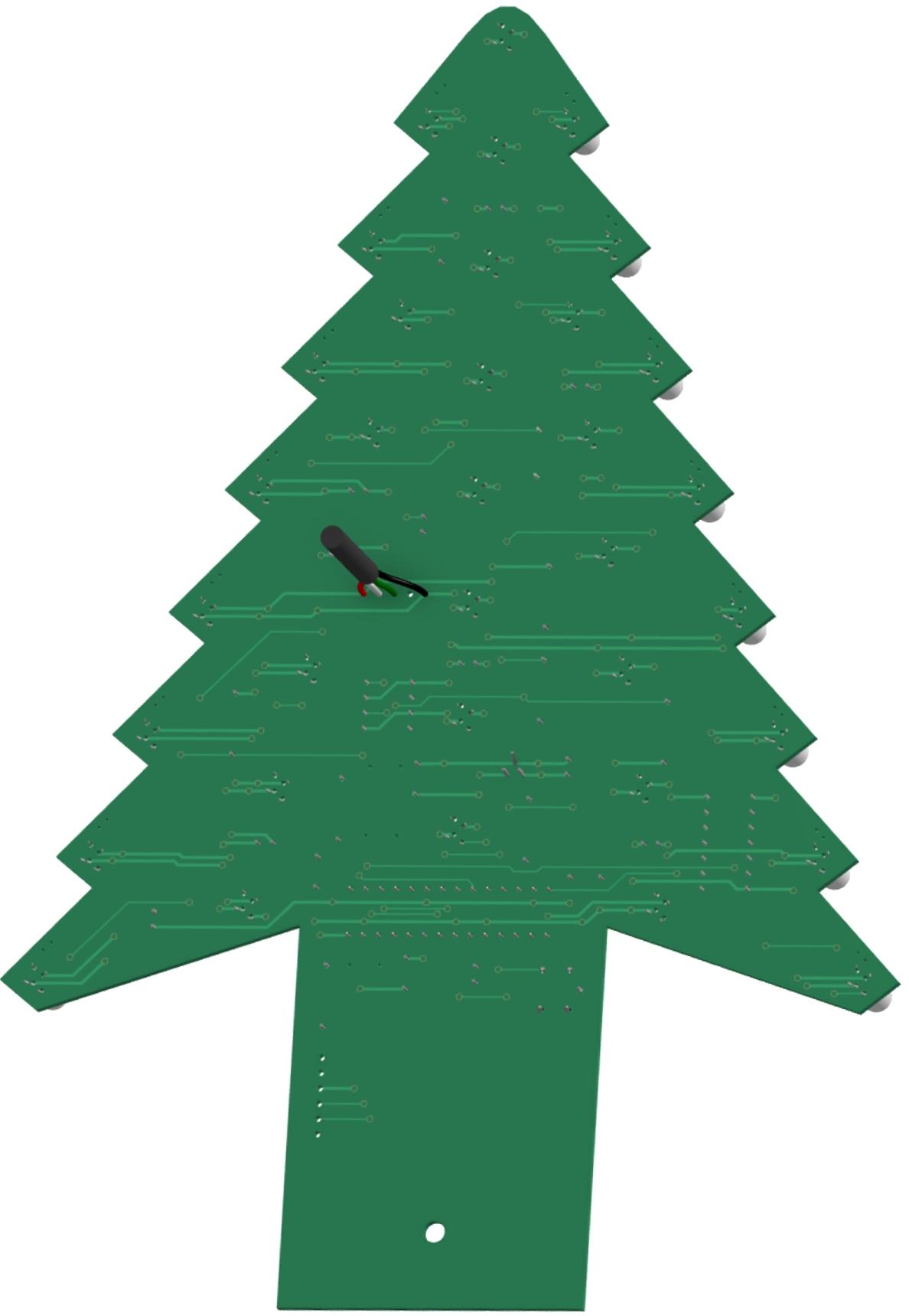 The alternative to the USB Connector board is to take a USB cable and attach it directly to the board. It has the advantage of being more robust, but it does limit you to which cable connects directly to the tree.

For this you will have to cut a USB cable to the length that you would like.  If you have a USB Battery to sit behind the tree, six inches workes quite nicely.  If you want to plug it into a wall socket or computer, then you want to pick a longer length that works.   Picking the USB cable actually makes a difference.  As it turns out, a cheaper USB cable usually just has four nicely insulated wires surrounded by some foil.  Some of the more expensive cables have multiple uninsulated ground wires which make it a bit harder to solder to the board.  One thing however that appears to be a standard is that pretty much all USB cables use the same color of wires.  If you have a USB battery with the tree, often the USB cable included with the battery is ideal.

To prepare the cable, cut it to the desired length and strip of about ¾ inch of sheath off the end.   Carefully pull the sheath back a little further to reveal as much of the foil/wire that you can.  Pull the foil apart so that you can get to the four colored wires inside and snip off the outside foil/wire and let the sheath expand back so that you only have the four wires sticking out.  The goal here is to not have any foil/wire sticking out from the sheath that might contact the board.  You can also put a piece of heatshrink tubing on the wire to cover it if you want.

Strip about ³⁄₁₆" off each of the four wires and tin them.  You may find that they are so small that even the smallest setting on your wire stripper doesn't strip the white and green wires.  If that is the case, you can bend them over a little in the smallest setting and pull to get it to strip it off.

Solder the four wires into the board with

Nore that you will have to reference the holes from the front side in order to determine the labeling.