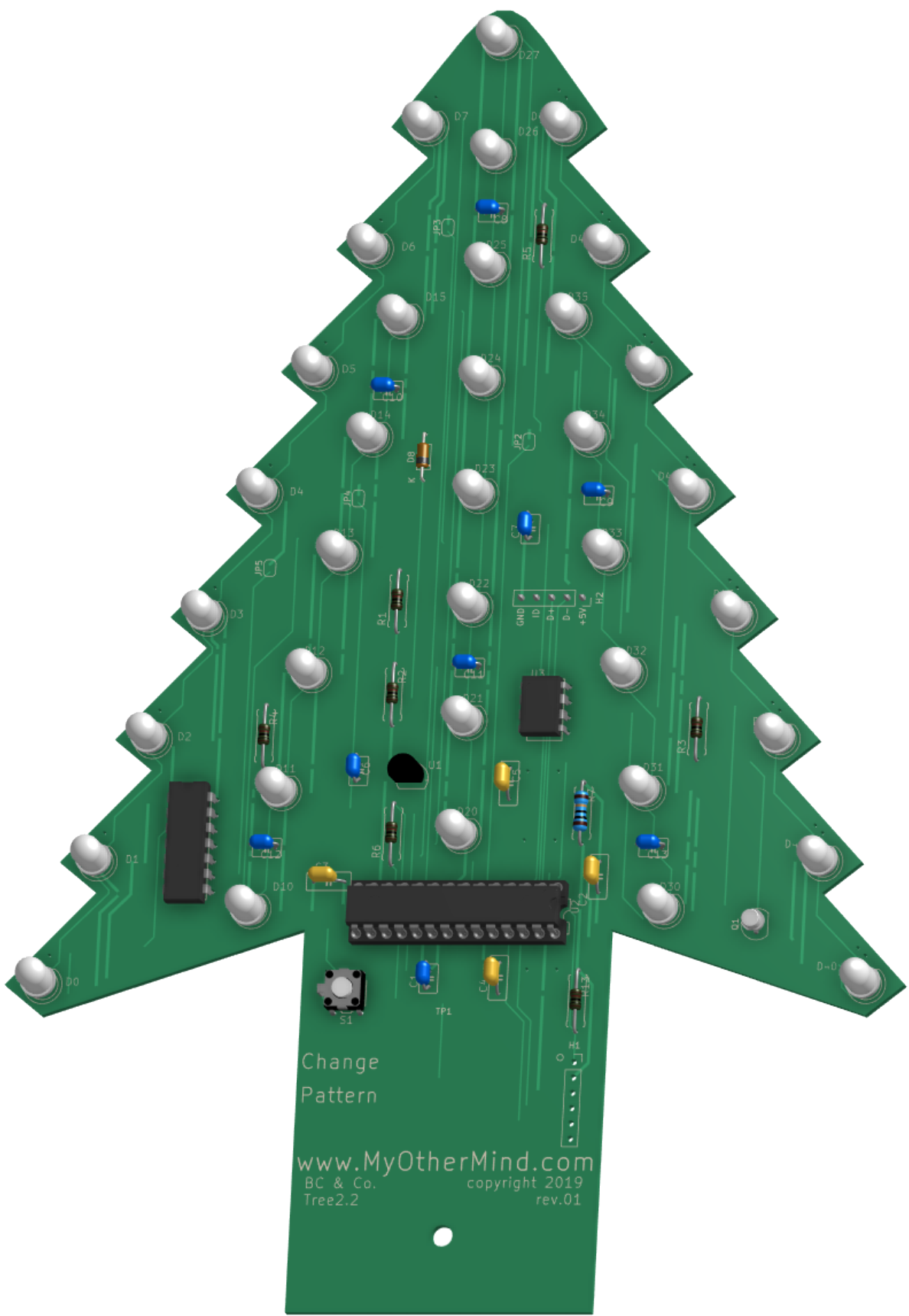 Normally everything should work just fine, but on rare occasions, Murphy likes to assert some control.  The most common problem is overly agressive clipping of the wires cutting a trace on the board. Here's a few of the situations we have encountered and how we addressed them:

Some of the LEDs light up.

Typically this is due to cutting either the power or ground wire to the next LED in the chain.  The LEDs are wired in the order D0-D7, D10-D15, D20-D28, D30-35, D40-D48.  Determine which LED is the next in order that hasn't lit up and carefully examine the traces going to that LED. Usually it is the +5 wire (top right of the four pins as viewed from the back of the board) or the ground wire (lower left of the four pins as viewed from the back).  Fortunately there is a via right next to the pin that you can take one of the trimmed wires, stick it in the via and bend it over so that it makes contact with the pin.  Just solder and trim and it should fix it. 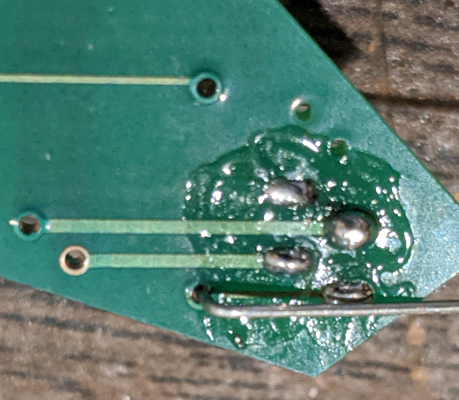 None of the LEDs light up.

Again, this is most likely a broken data trace to D0.  If you are looking at the back of the board, it is the trace on the bottom right of the board (red arrow on the image below).  You can repair it with a piece of trimmed wire.  However if you have a scope, you can confirm that this is the problem by putting the ground of your probe on Pin 1 of IC1 and the probe on Pin 2 of IC1.  You should see a nice changing set of square wave patterns and will definitely confirm that the rest of the board is working. 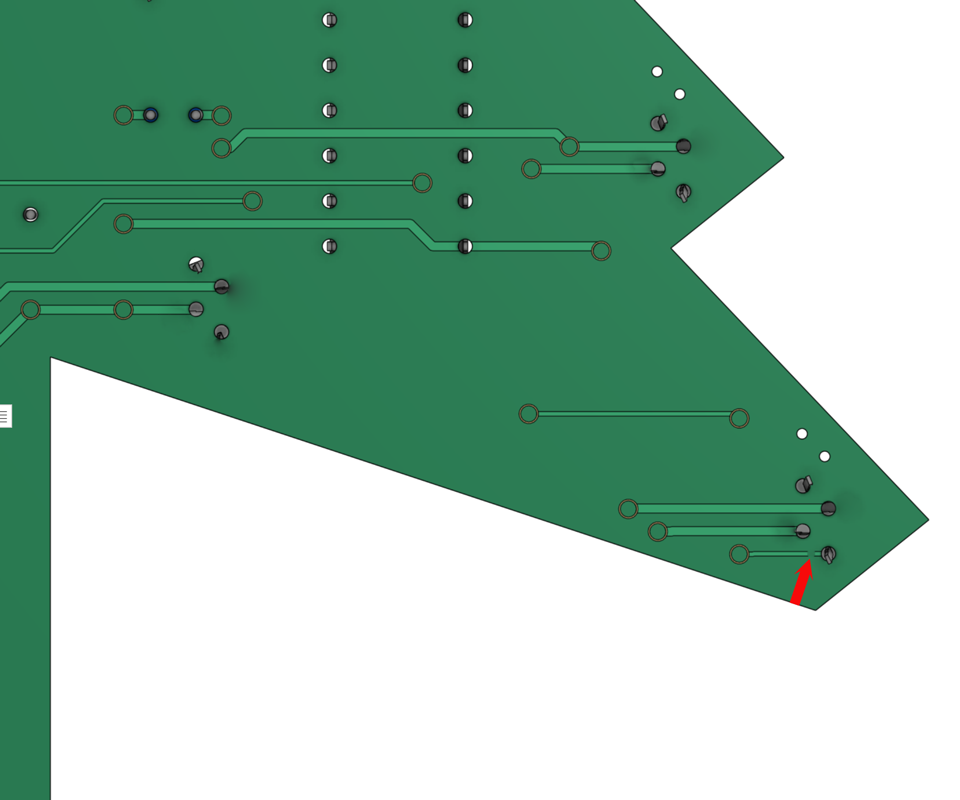